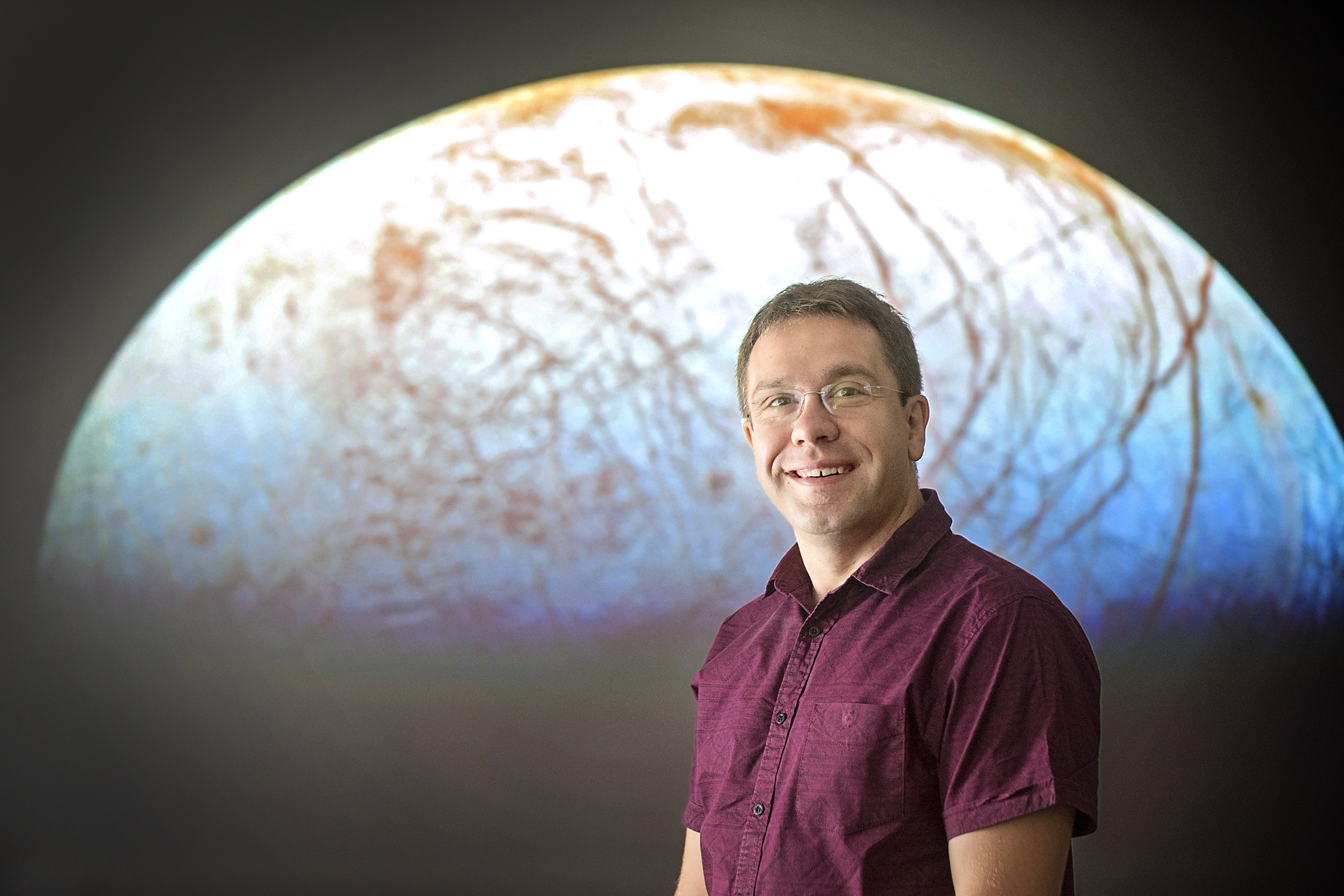 Jonti first became interested in astronomy at the age of five, after seeing the BBC TV programme ‘The Sky at Night’, and soon became an enthusiastic amateur astronomer. He joined his local astronomical society in the UK, WYAS (the West Yorkshire Astronomical Society) at the age of eight, and is currently honoured to serve as the society’s honorary president. To pursue his dream of turning his hobby into a career, Jonti studied a Masters’ degree in Physics and Astronomy at the University of Durham, before moving to the University of Oxford to undertake his doctoral studies. Once his PhD was complete, Jonti worked as a postdoctoral research fellow at the University of Bern and the UK’s Open University before moving to Australia in 2010 to work at UNSW. In 2014, he moved to Toowoomba, to join the University of Southern Queensland, where he is now Professor of Astrophysics. His research ranges from the study of our own Solar system to the search for planets orbiting other stars, as well as trying to understand the different factors that could come together to make one planet more or less suitable as a target in the search for life beyond Earth.